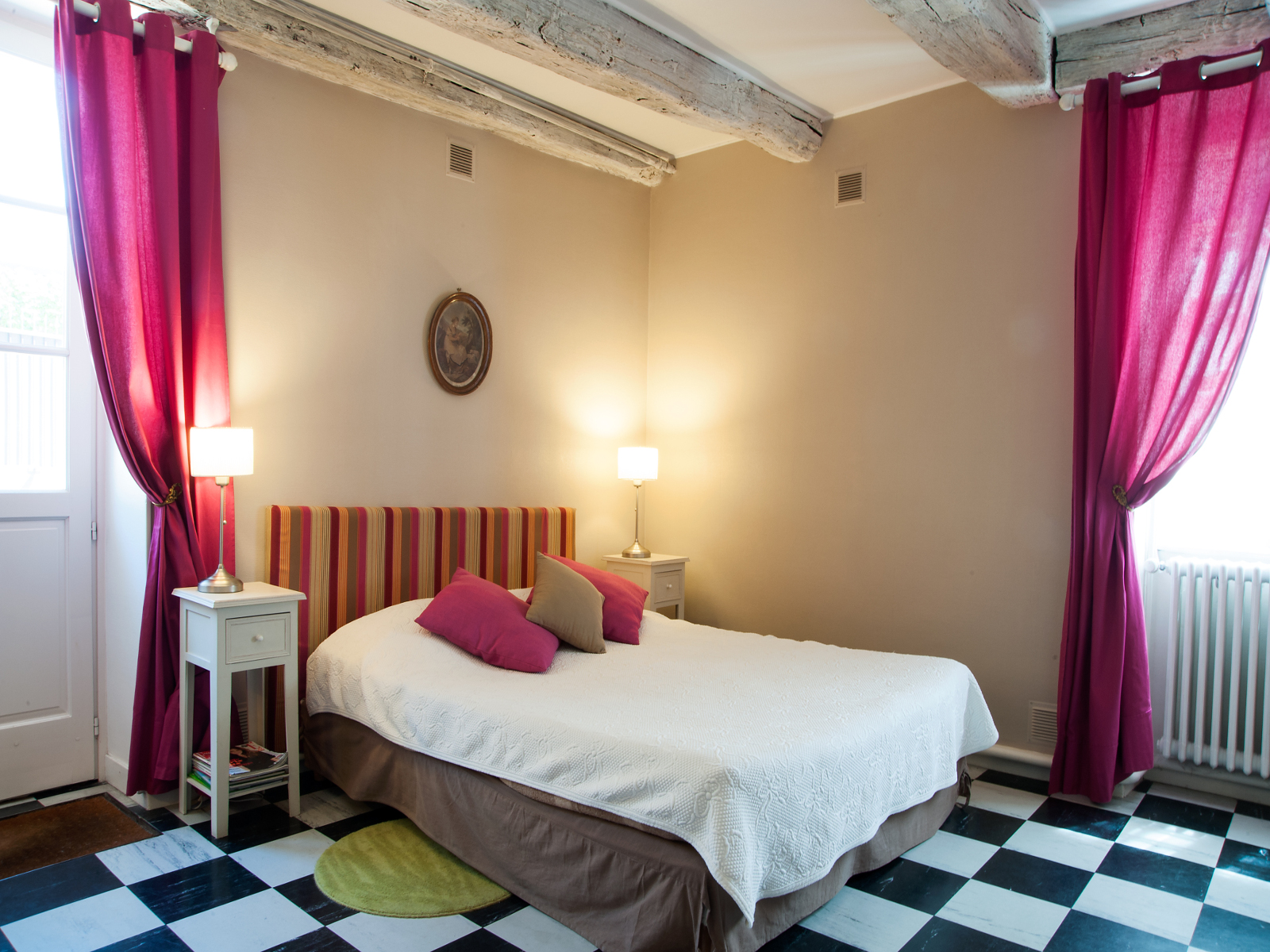 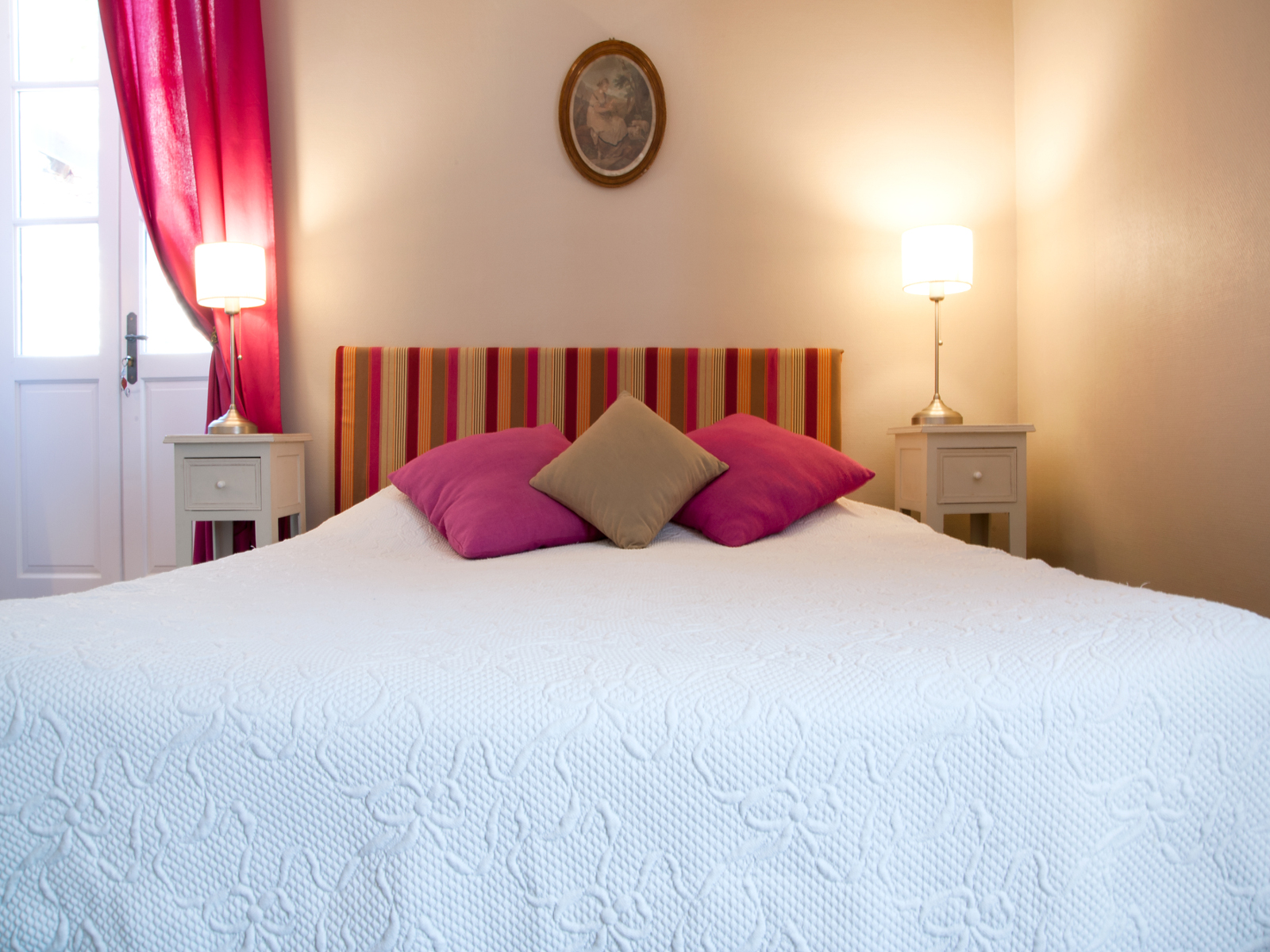 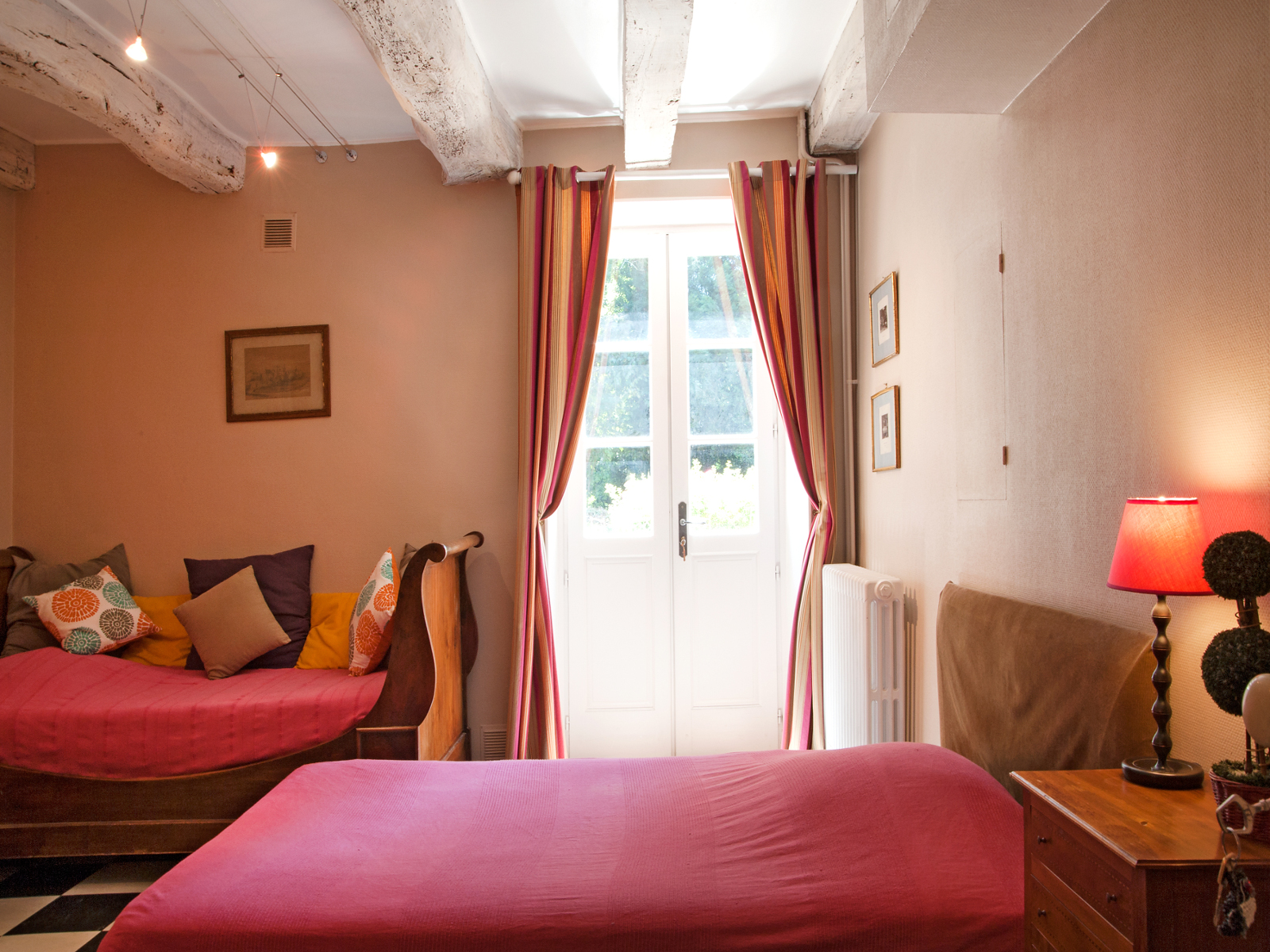 Book directly and benefit from a greater discount than on BOOKING & AIR B&B!!

Located in the main House 18 th,the Suite Louis and Angely consists of two specious traditional rooms, right next to the park, looking towards the nature.

Louis and Angely had two passions in life: art and gardening.
While having a stroll through the park you will discover memorable and unique scents.
Art lovers as they were, they have collected many interesting pieces of art.
Between the columns in the room there is a charming Empire commode chest of drawers next to the fuchsia curtains and bayadere headboard.
The checkered floor enhances the elegance of the room.

Consisting of two connected rooms, this suite is perfect for a family or friends looking forward to explore the proud Burgundy.
There is one large bed (160 x 200 cm) in the main room with  armchairs, two single beds (900 x 190 cm) in the attached room with a comfortable desk and armchairs .
For your comfort there is a bathroom with a large bath and shower screen , two wash basins, and a private toilet.

If you choose to stay longer than 3 nights there is an option to use a kitchen for free and a comfortable lounge, on request only. A Garage is available on request too.

Some leisure activities in the area:

After visiting the gorgeous old Abbey, more than 1100 years old, site of the greatest network of monasteries in the West at that time, enjoy discovering the smaller churches, just as charming, like Saint-Martin de Chapaize or Notre-Dame-de-la-Nativite de Malay.
While at it, why not visiting the Blanot village with its stone houses and galleries maconnaise, its famous caves, just like in Aze?
Or, like Louis and Angely, lose yourself in the Pezanin arboretum in Dompierre-les-Ormes, jewel of four hundred and fifty different trees on twenty-seven hectares and 4-hectare pond, filled with carp and pike.

Museum of Poilu (men in the First World War) at Sivignon :

Finally, visiting France would be incomplete without learning about the brave men fighting in the First World War, keeping their humanity and artistry by creating the many pieces, 1000 of them could be seen in this unique museum.