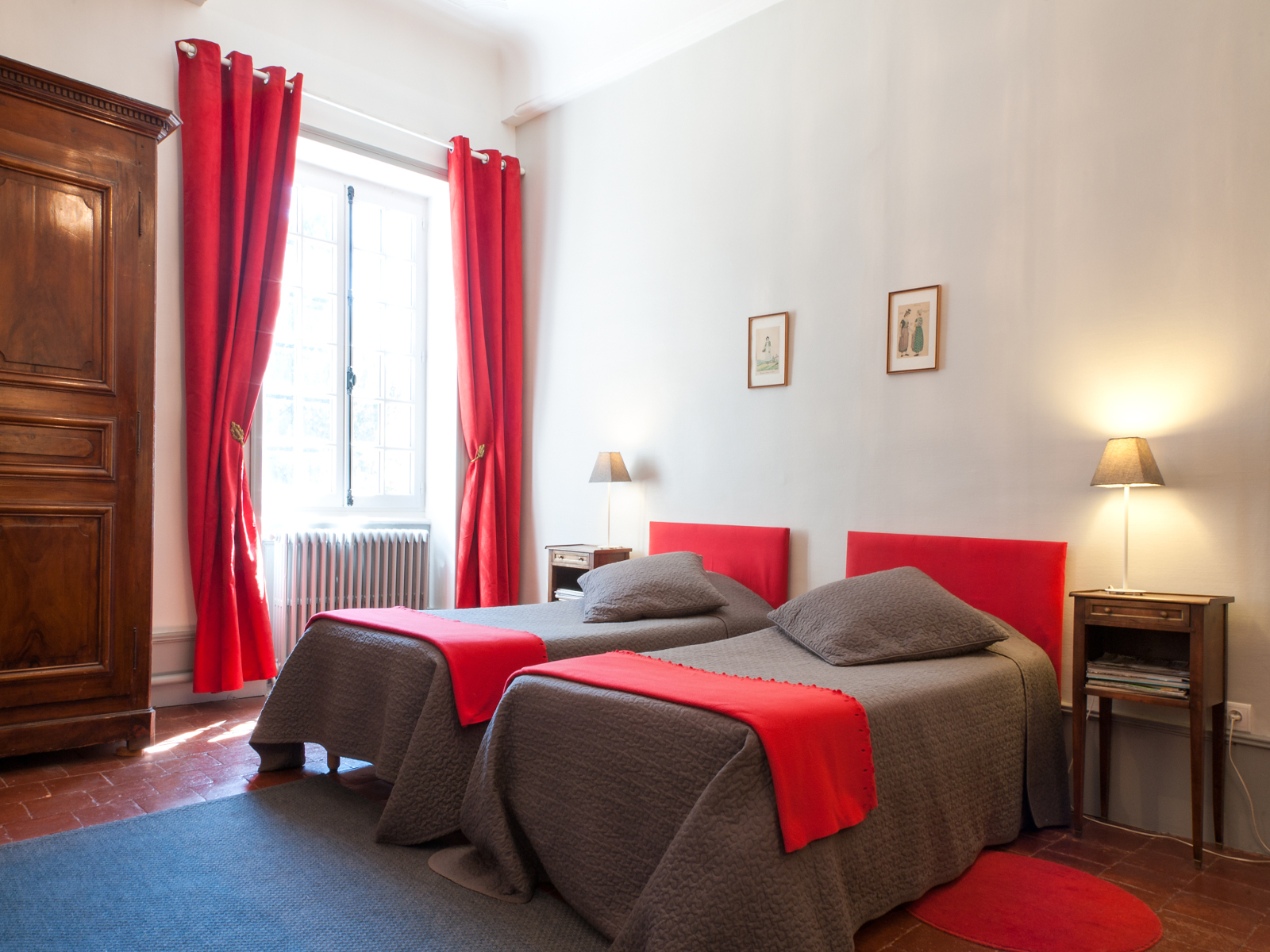 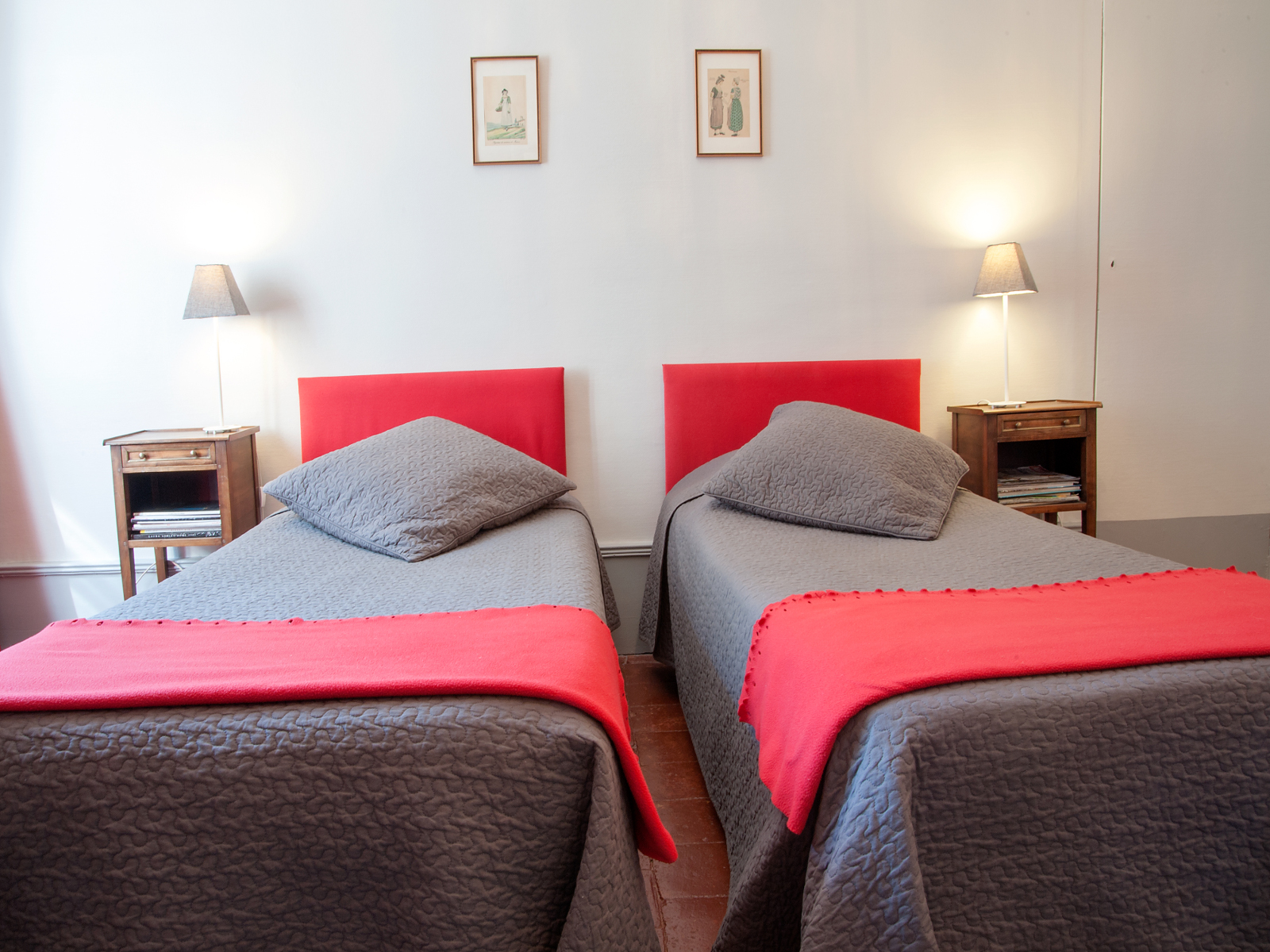 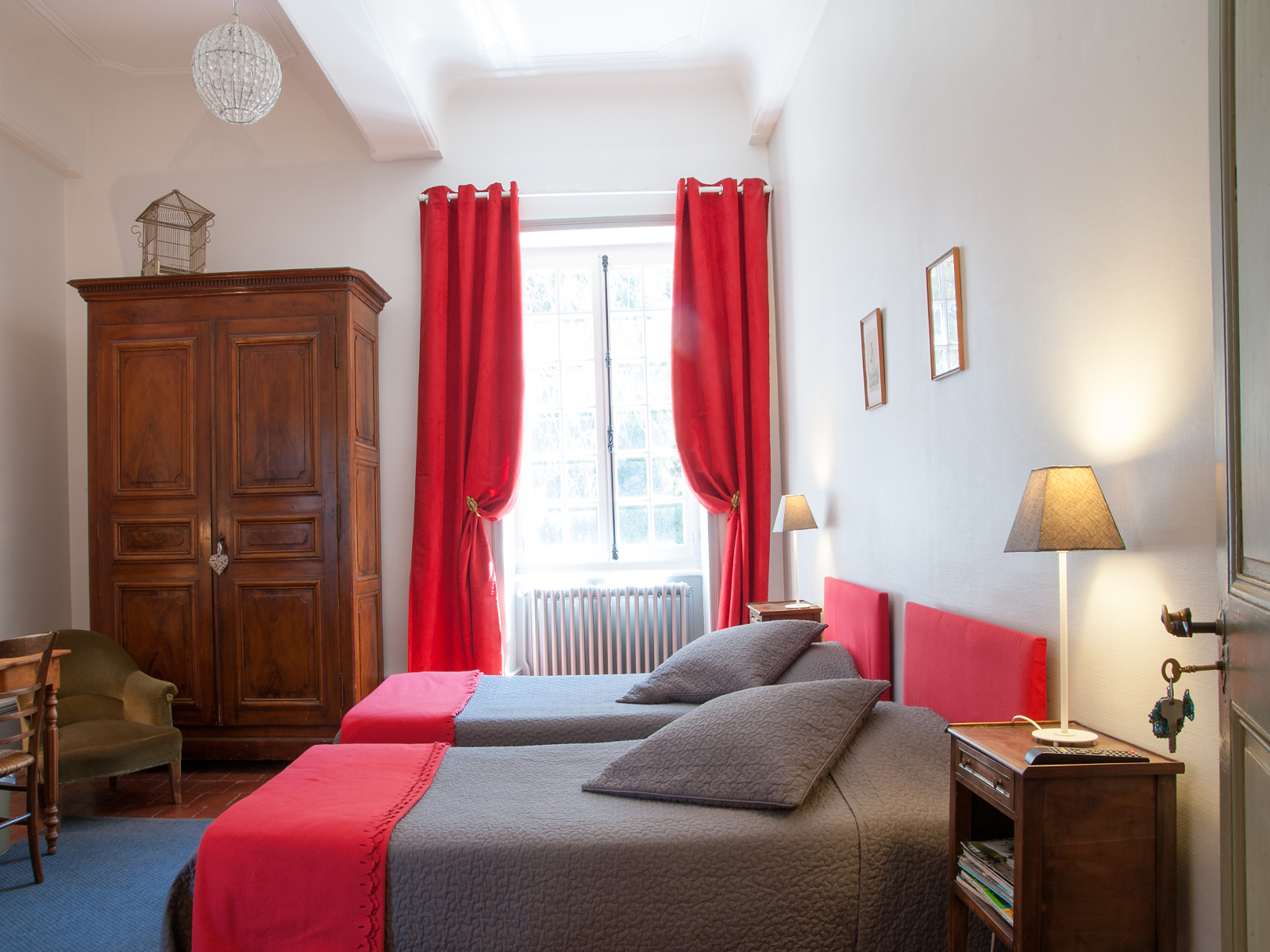 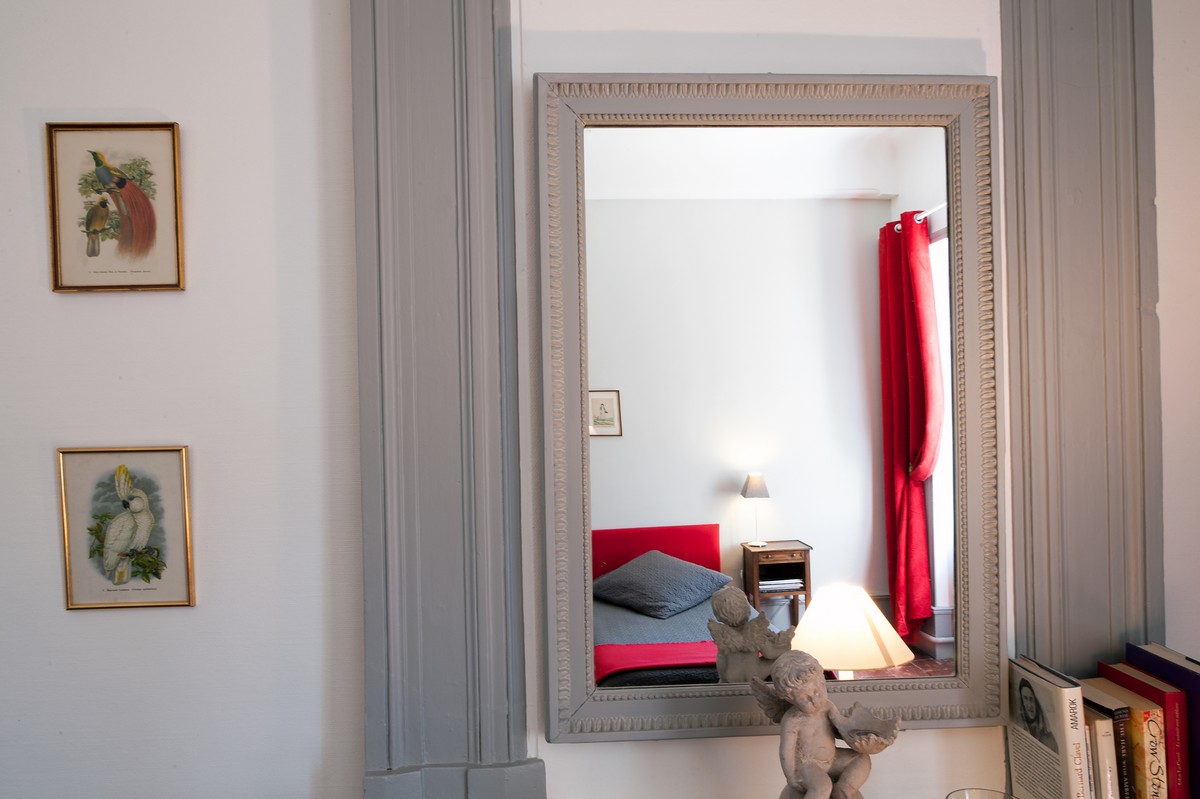 Book directly and benefit from a discount compared to BOOKING & AIR B&B!!

Located in the main House 18 th,your rent of bed and breakfast leads you up to our Aunt Jeanne, full of sweetness and patience.

Welcome in a felted and graceful atmosphere :

On the 1st floor giving on the park, in nuances of grey and red, bathed by the light of the large window, this room is just like our grandmother: full of serenity and peace.
Facing a table-desk, two twin beds ( 90×200 ) which can be move closer, framed by two pretty side tables topped with their lamps.
An angel, on the marble fireplace is harmoniously reflected in the mirror which sends back the light of the window.
Two comfortable empire armchairs and a beautiful cupboard painted in trompe-l’oeil complete the set.
Old floor-tiles add their hot tint to this peaceful and refined place.
The light also enters generously into the privative bathroom (Italian shower, washbasin, toilet) thanks to a window and a mirror that play to send it back until the nightfall.

A very comfortable lounge as well as a kitchen are proposed for free to you for a reservation superior to 3 overnight stays, as if Aunt Jeanne welcomed you there,on request. A Garage is available on request too.

Some  leisure activities in the area : :

Relive the epic of the Burgundian knights by visiting the castle of Brancion dating partly the XIth, vestiges of which raise themselves on the municipality of Martailly-lès-Brancion, between Tournus and Cormatin. Let us pledge that you will be intrigued by the name of the first Lord of places, Warulphe the Wolf, at the origin of a lineage of fighters … before Brancion became a “châtellerie royal” by the death of duke Charles the Bold in 1477.
The Romanic church Saint Peter of Brancion, is already mentioned in 964 in a document of the abbey of Cluny.
Do not miss the medieval hall, the economic center of the village, built at the beginning of the XVIth, in the middle of the village.

Between Tournus and Cluny, in full Southern Burgundy, the castle of Cormatin is waiting for you at the heart of 11 hectare gardens with majestic ornamental lakes. The symmetry of the XVIIth will seduce you along with its wide moats, turrets and gunboats, not to mention the “golden rooms”, apartments testifying of the flair for the beauty and certain lifestyle. With the “philosophic” garden and after renovation of most of the rooms of the castle, it became one of major sites visited after the Abbey of Cluny.