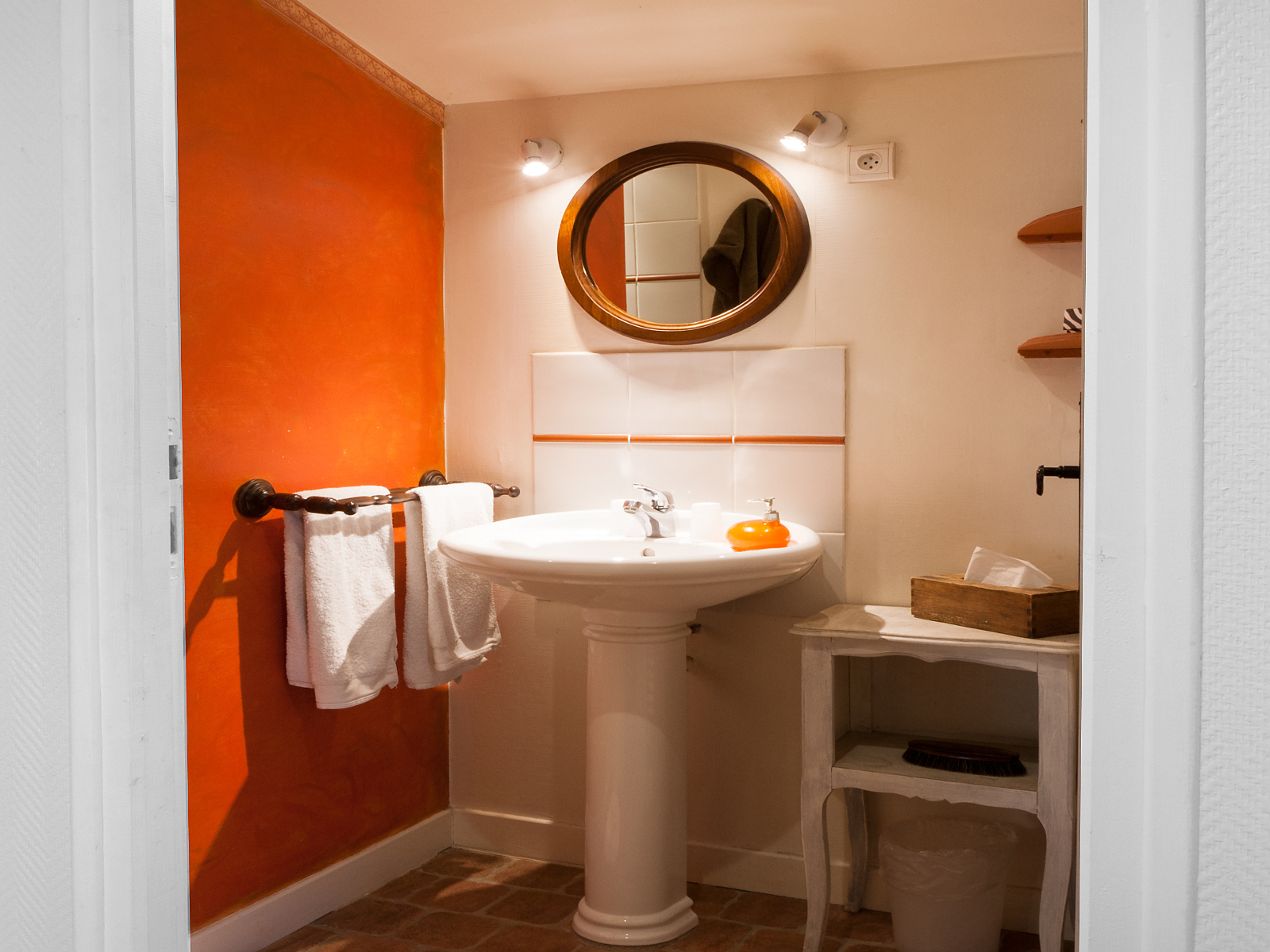 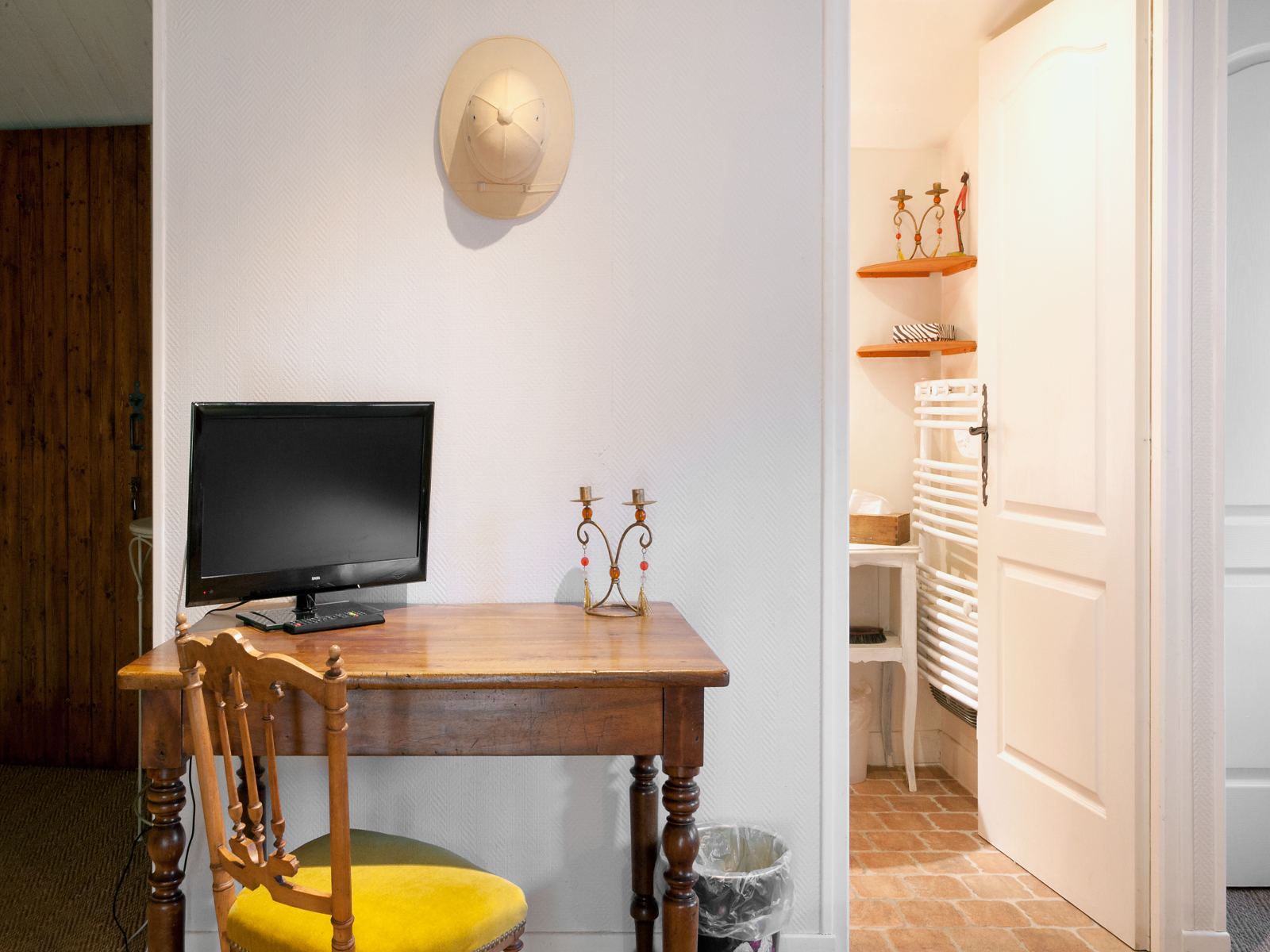 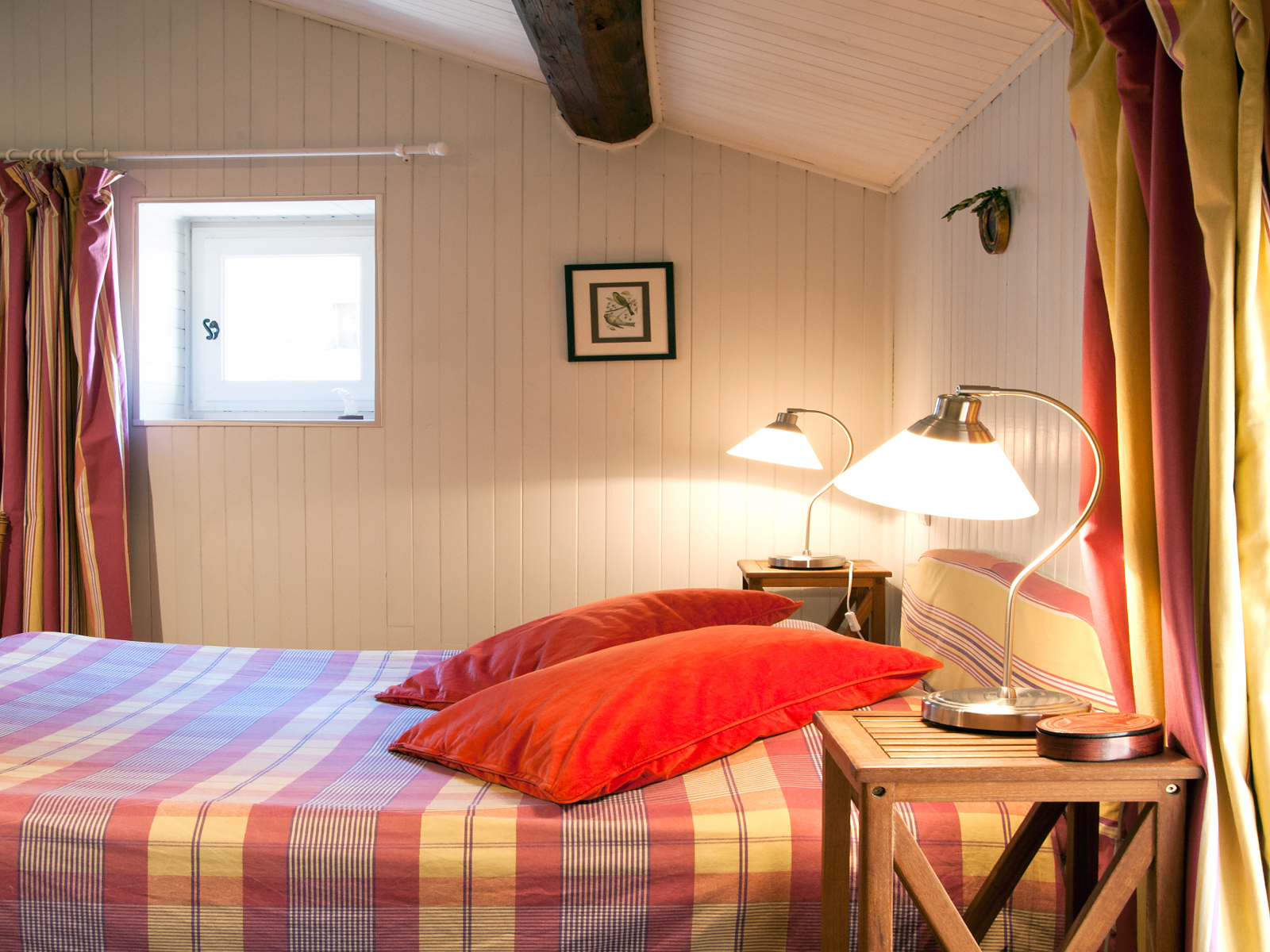 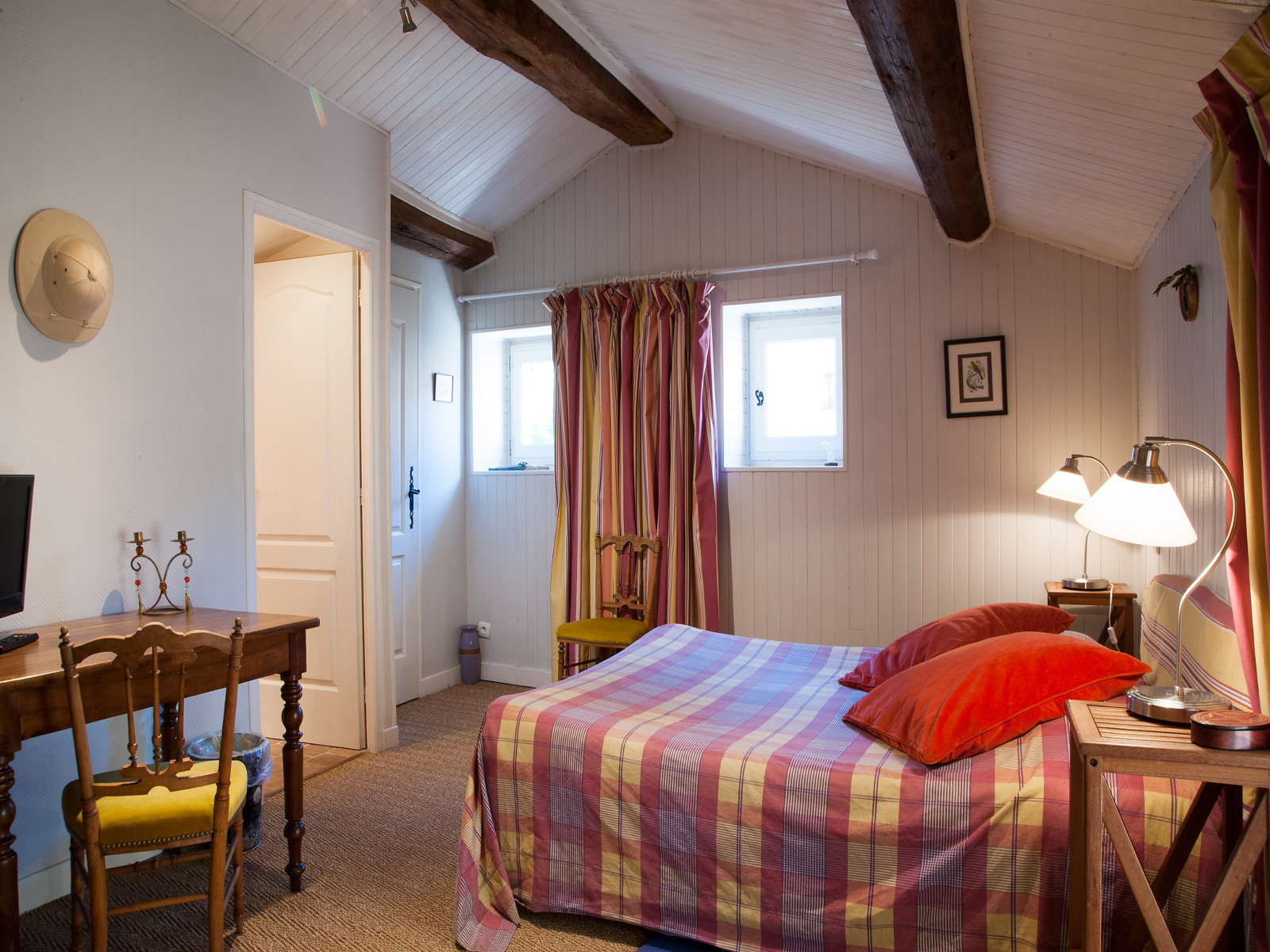 Located in the Dependance,a charming bed and breakfast: welcome to the colonial universe of our Uncle Bob!

Uncle Bob, the adventurer of the family!

Uncle Bob left mainland France to discover Africa. He left his colonial hat, warthog fangs and a pistol to remember him by. It also amuses the birds in the frames…
Impressed by the freedom of the big spaces, this rooms portrays Uncle Bob. Located on the first floor of the attached house this room offers more autonomy.

The elegant gray curtains, with touches of blue and yellow duck in the bedroom stand out in contrast to the pearly white walls, which are reflecting the sunrays with the first light. The exposed ceiling beams complement the natural seagrass flooring with a thick carpet

In the room there is a large bed (160 x 200cm) with two night tables and reading lamps, one three-drawer chest and two large chairs to relax and dream of Uncle Bob’s ancient times.

Wide one reads (160×200) between two elegant bedheads topped with their lamp, a table-office and a chest of drawers in three drawers with his buttons of brass, two armchairs to dream about big spaces or about ancient times, here is about the universe of the chamber Uncle Bob.
Private bathroom has an Italian style shower, one basin, heated towel rack and separate toilet.

If you choose to stay longer than 3 nights there is an option to use a kitchen and a comfortable lounge for free on request. A Garage is available on request too.

Some leisure activities in the area :

Just like Uncle Bob escape the rush, this time on rollers or bicycles, or on foot, in complete safety. From the old train station in Charnay-les-Macons to Givry, passing by the old station in Cluny, this green route will take through the longest green route tunnel in Europe, the tunnel of Bois Clair. Careful, the temperature in the tunnel rarely exceeds 11 degrees Celsius (52 degrees Fahrenheit).

Le Haras National (the national stable) and the Abbey :

For all the horse lovers, this will be your favourite. Just at the beginning of the Cluny Abbey there is plenty to enjoy watching these magnificent animals and their talented dressage.

If you prefer hiking GR 76 is for you. Marked trail will take you exploring the vineyards, dazzle you with delicious tastings, temp you to buy your choices in the local cellars.

The path of the monks :

The path of the monks will reveal more beautiful surprises, close to Cluny. Whether it is the Abbey of Ferté, first girl of Citeaux, the Romanic church of Saint-Martin-de-Laives, set up by the Benedictines of Cluny or the abbey Saint-Philibert.

Do not miss Nicéphore Niépce’s house, inventor of the photography and the internal combustion engine.

After all the trails try another one, high up the forest of Bergesserin, between Mâcon and Cluny.
Park Acrobath offers numerous routes through the tree tops, sometimes acrobatic, always challenging your balance and sense of humour. Choose the path that suits you, testing your ability and audacity…